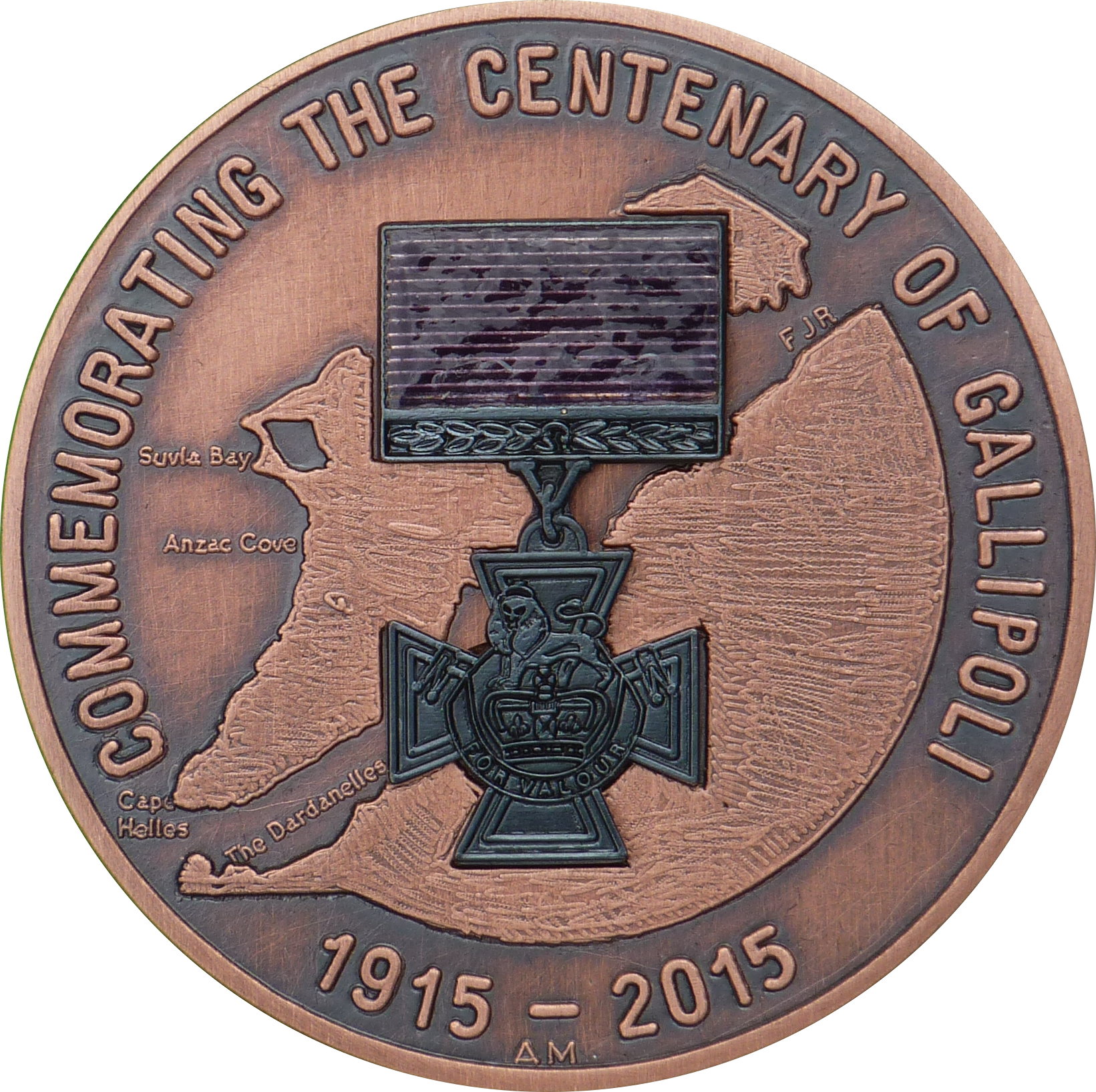 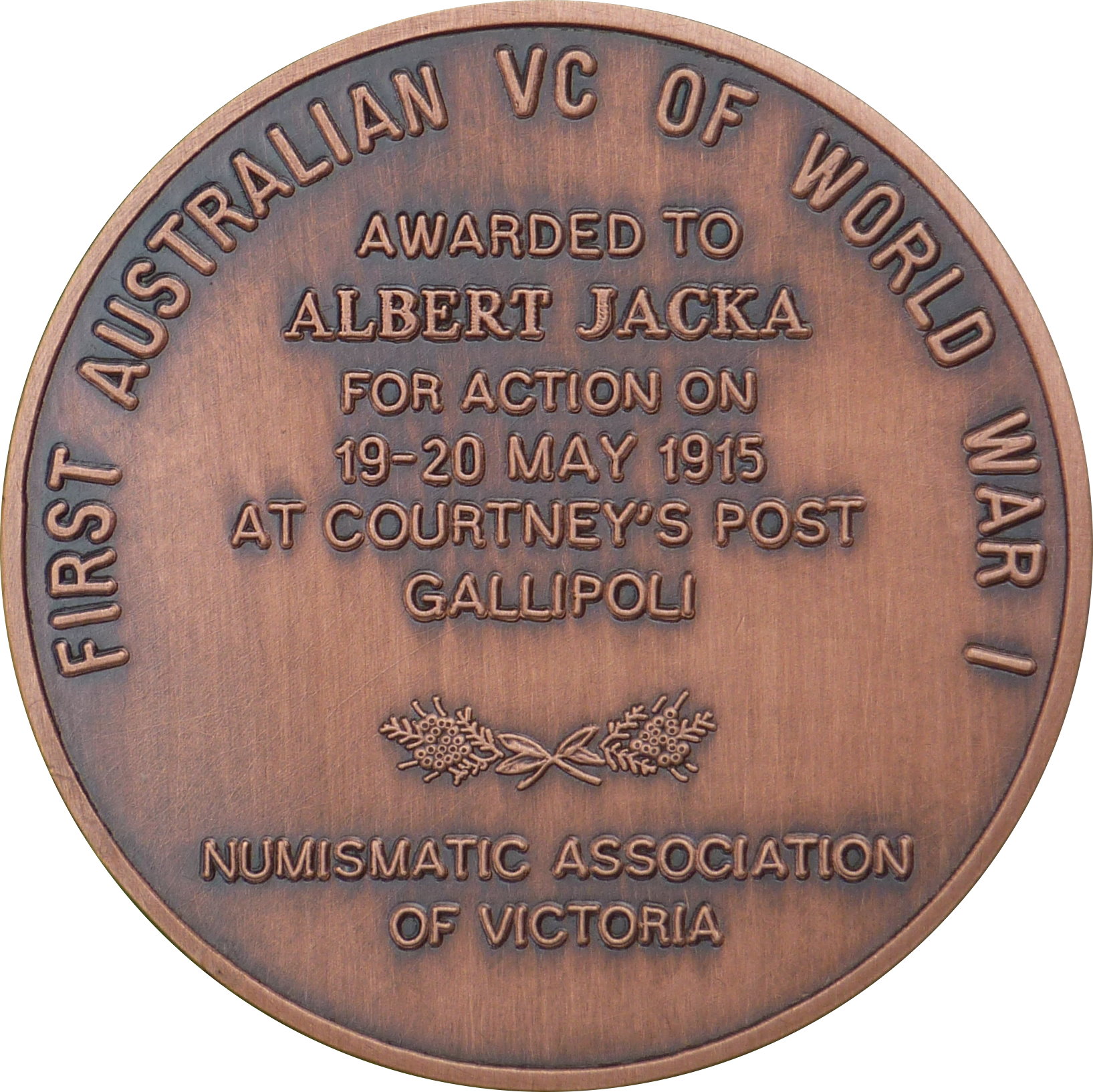 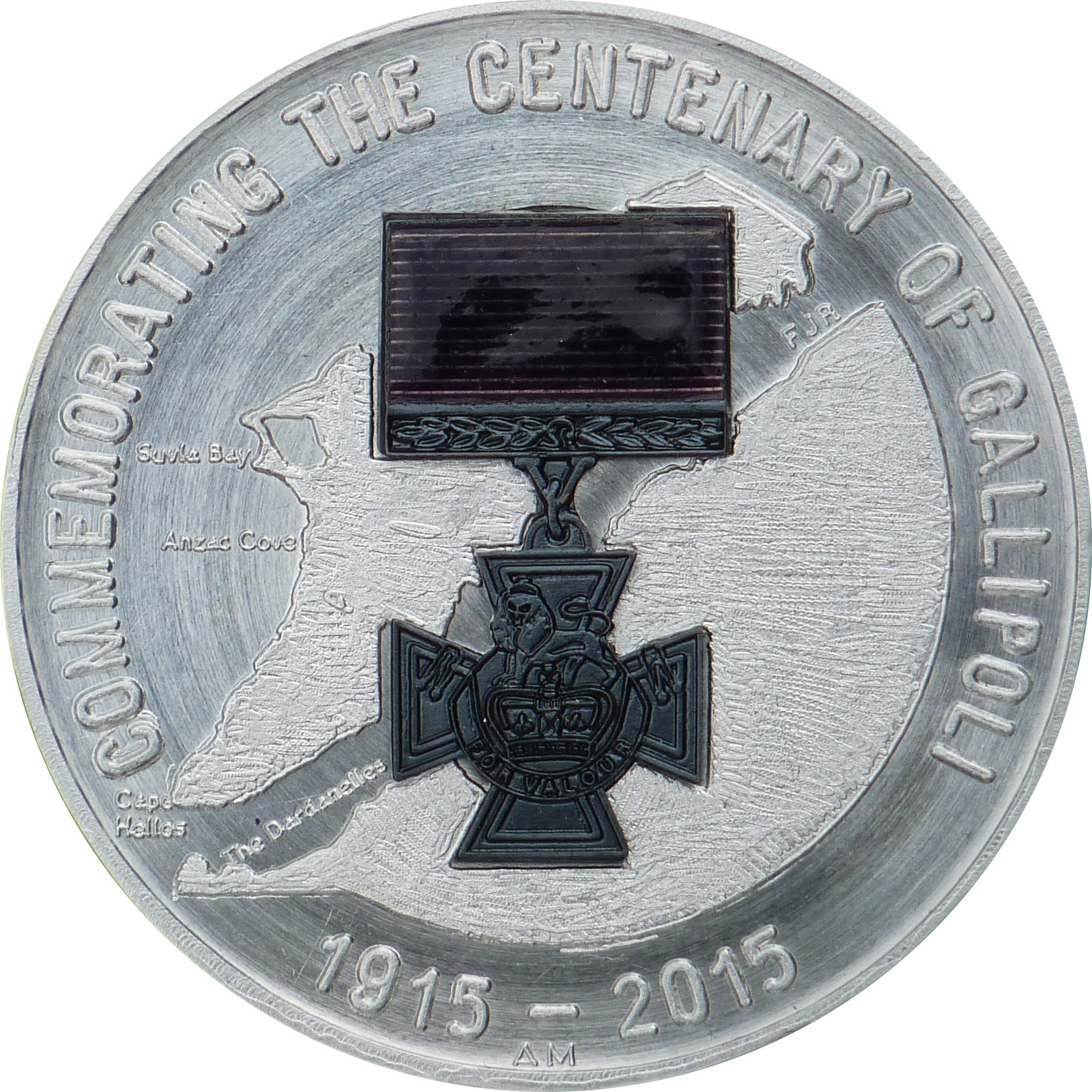 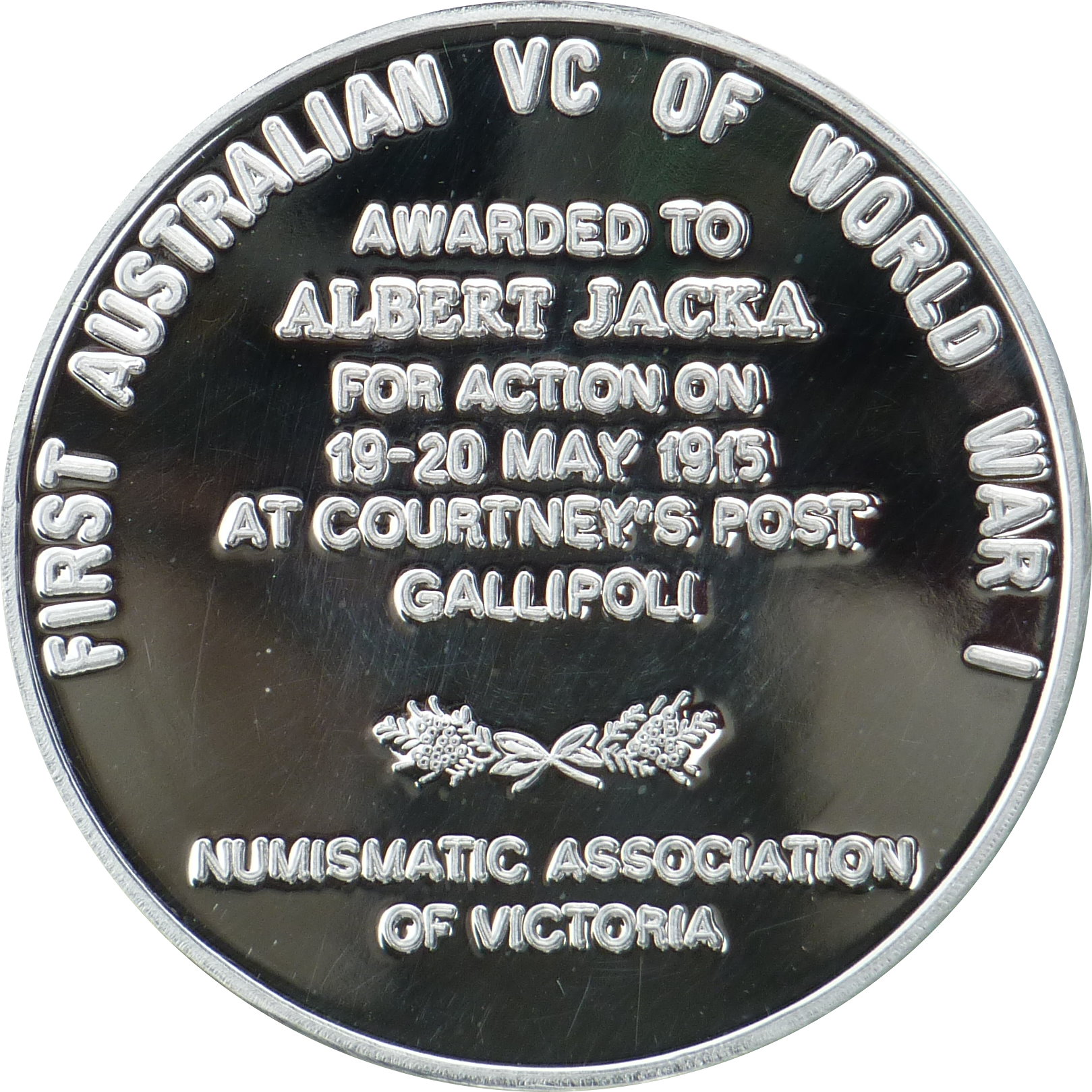 Images courtesy of The Purple Penny

This medallion was issued to commemorate the centenary of the Anzac campaign on the Gallipoli Peninsula.

On 25 April 1915, troops of the Australian and New Zealand Army Corps (ANZAC) landed on a beach on the Gallipoli Peninsula as part of an Allied effort to capture Constantinople, the capital of Turkey, which guards the Bosphorus (the narrow strait leading into the Black Sea).  This was to enable the Allies to provide supplies, by sea, to Russia during World War I.  An earlier attempt by warships to enter the Sea of Marmara had been repulsed.

The Dardanelles Campaign quickly reached a stalemate with enormous losses on both sides and, with the onset of winter, the Allied forces withdrew.

During their eight months on Gallipoli, the Anzac forces displayed enormous bravery and gallantry; ten Anzacs (nine Australians and one New Zealander) won Victoria Crosses there.  The first Australian to win a Victoria Cross in World War I was Lance‑Corporal Albert Jacka of 14th Battalion.

Jacka was subsequently promoted through the ranks and later commissioned and finished the war as a Captain.  While serving in France, Jacka twice won the Military Medal for another two acts of conspicuous bravery.

This medallion commemorates the centenary of the Anzac campaign on the Gallipoli Peninsula and remembers the heroic actions of this Victorian soldier and honours the memory of all who fought during World War I.

The design concept of this 51 mm diameter medallion is by Frank Robinson, it was engraved by Michael Nanson and struck by the Adelaide Mint in the following metals:

The Victoria Cross has been separately struck in bronze and the ribbon enamelled; this has been affixed to the obverse of the medallion.

The medallions were issued unnumbered.

The obverse design features the Victoria Cross superimposed on a map of the Gallipoli Peninsula and Dardanelles with the legend “COMMEMORATING THE CENTENARY OF GALLIPOLI” (around above) and “1915 – 2015” (below); the image of the Victoria Cross is used with the permission of the Director of the Australian Honours and Awards Secretariat, Office of the Official Secretary to the Governor‑General.

The reverse design has the legend “FIRST AUSTRALIAN VC OF WORLD WAR I” (around above) and “AWARDED TO ALBERT JACKA FOR ACTION ON 19-20 MAY1915 AT COURTNEY’S POST GALLIPOLI” in six lines and “NUMISMATIC ASSOCIATION OF VICTORIA” below.