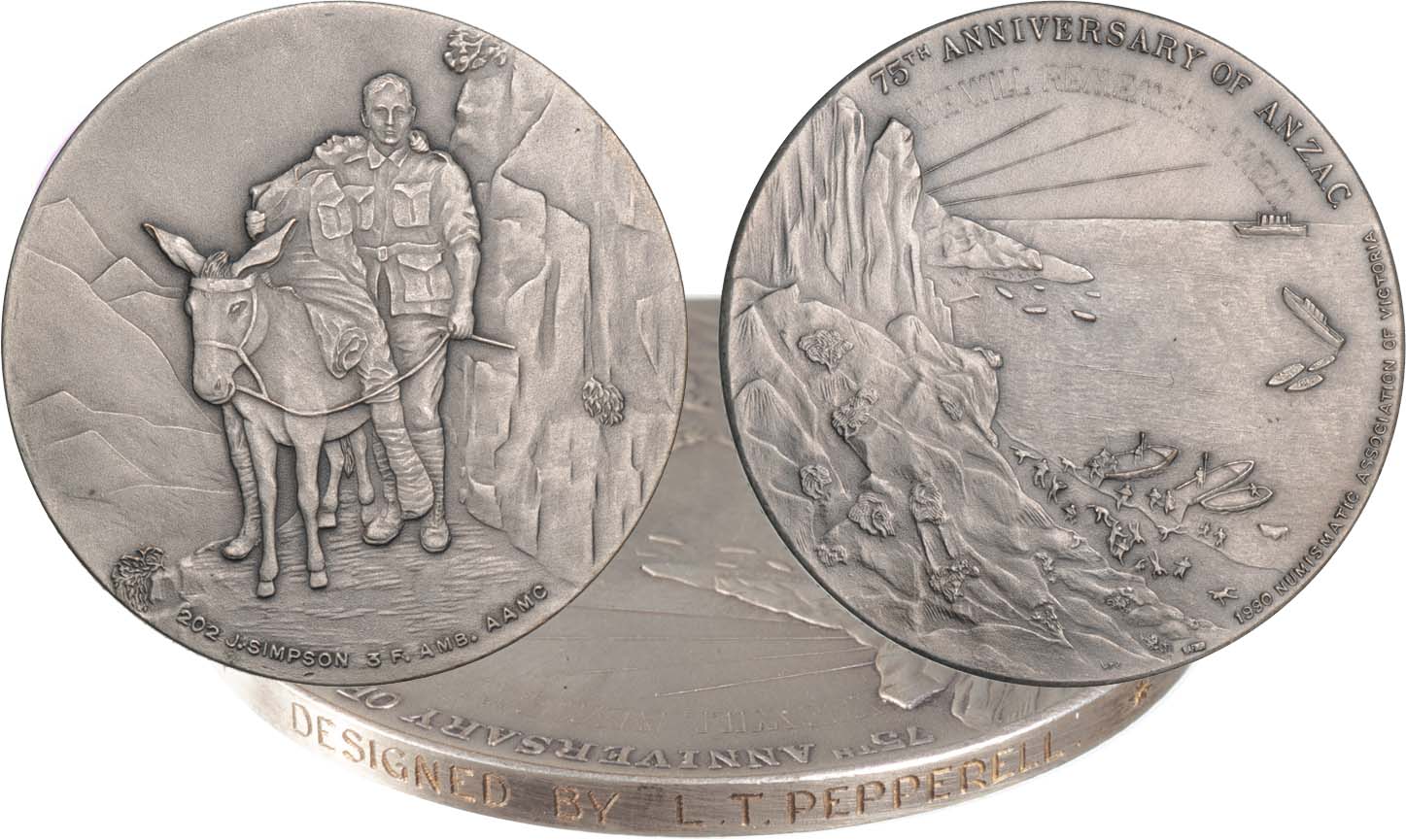 This medallion was issued to commemorate the 75th anniversary of the landings by the Australian and New Zealand Army Corps (ANZAC) at Anzac Cove on Gallipoli Peninsula on 25 April 1915 during World War I.

The landings at Anzac Cove were part of a series of Allied landings by British, French, and Allied forces on the western coast of the Gallipoli Peninsula of Turkey.  The objective of the campaign was to capture the forts guarding the Dardanelles (the Mediterranean entrance to the Sea of Marmara which, in turn, led to the Bosporus and the Black Sea) with the ultimate aim of sending convoys to Russian ports on the Black Sea.  Naval attempts to force the Dardanelles had already failed.

The Dardanelles Campaign quickly reached a stalemate with enormous losses on both sides, and after further unsuccessful Allied landings, and with the onset of winter, the Allies withdrew in December 1915 with the last Allied soldiers leaving before dawn on 20 December.  While the Allies considered the campaign a failure, the Turks considered it an honourable draw.  In Australia, 25 April is now a national holiday and the major day when we remember our servicemen in all armed conflicts.

This 51 mm diameter medallion was designed by Terry Pepperell and struck by the Hafner Mint at Eltham (an outer suburb of Melbourne) in the following metals: 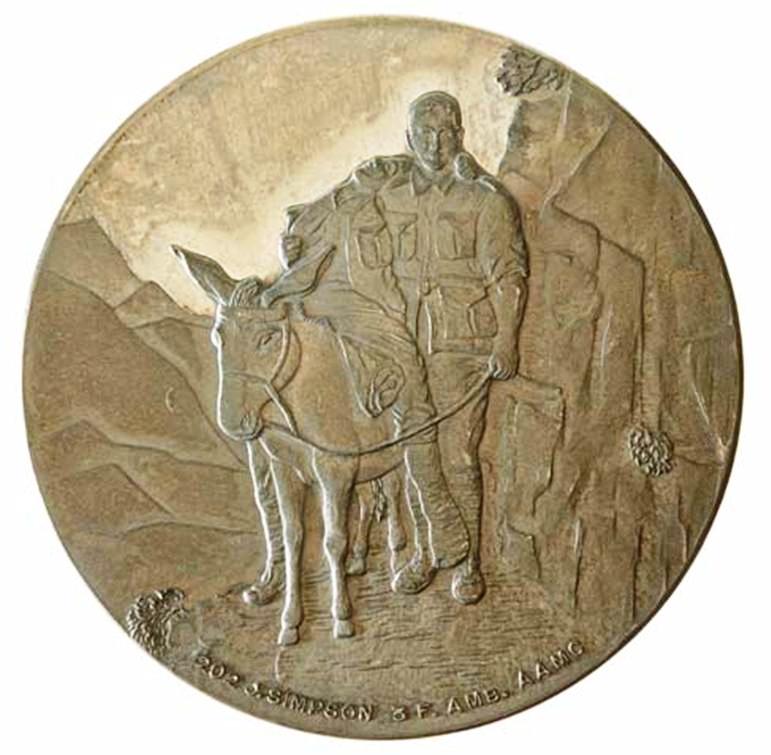 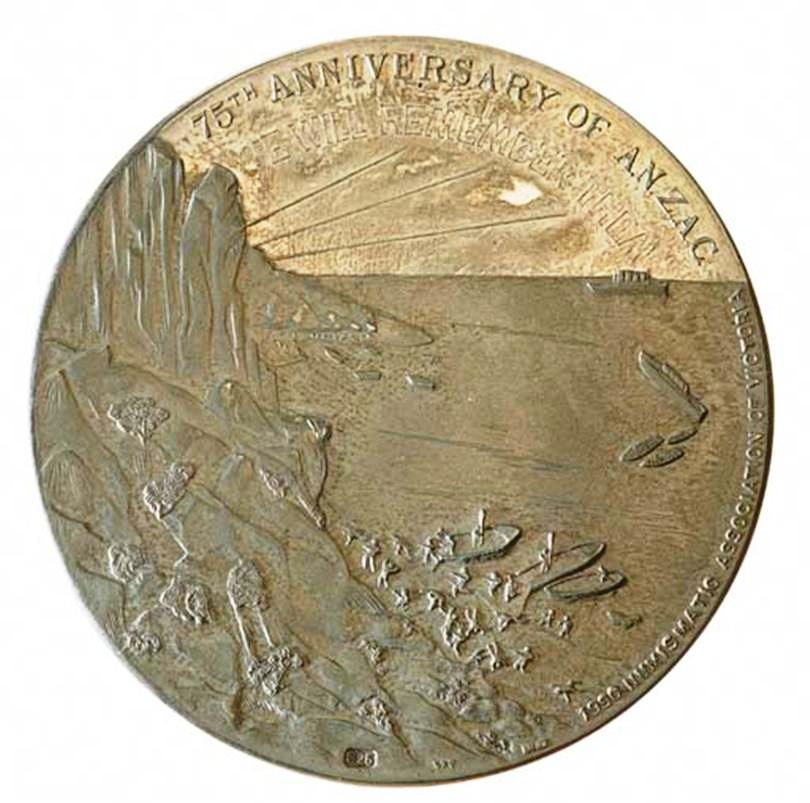 The obverse design features the landing of the Australian and New Zealand Army Corps (ANZAC) at Anzac Cove on 25 April 1915 and their climb up the cliffs under fire from the defending Turkish troops.