Bicentenary of the Death of Captain Cook 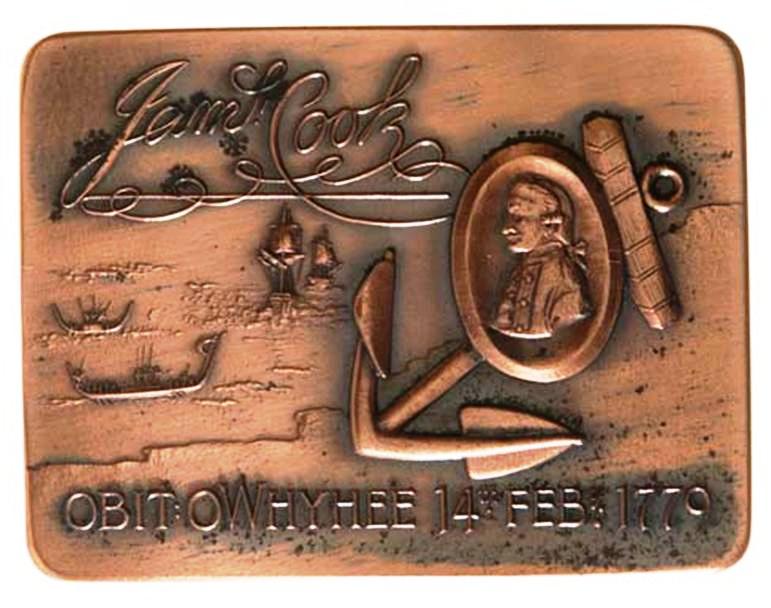 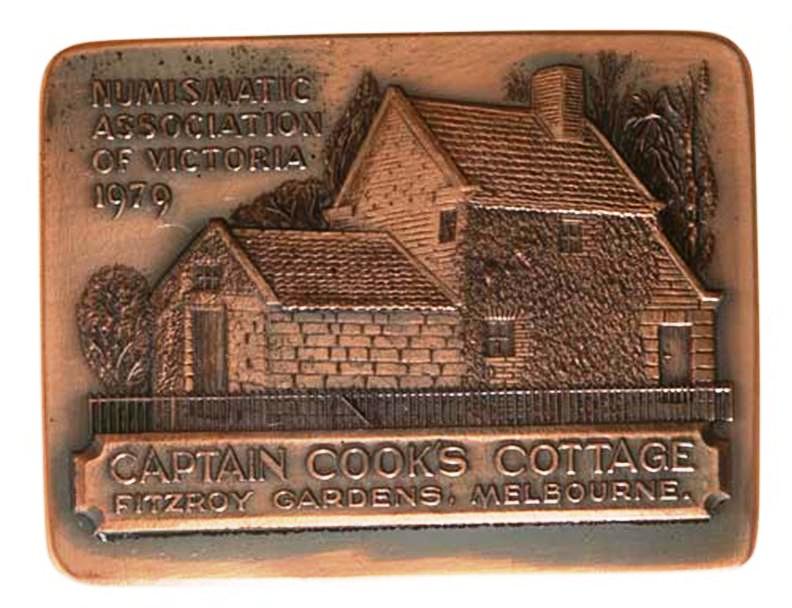 This medal could not be numbered because of its rectangular shape. Separate obverse and reverse trial strikes in lead exist of the early work, as well as a double-sided lead strike of the modified design. Because of the high price of silver at the time and of technical striking difficulties, none were struck for issue in that metal.

On the 14th of February, exactly 200 years to the day of his death, the first of these medals was presented to Councillor Ian Stewart of the Melbourne City Council, outside Captain Cook’s Cottage in the Fitzroy Gardens. The daily papers covered this event. At another ceremony held by the Royal Victorian Historical Society, Len Henderson made a presentation to Lord Creythorne who was here on a Lecture Tour on behalf of the Captain Cook Museum at Whitby in England.