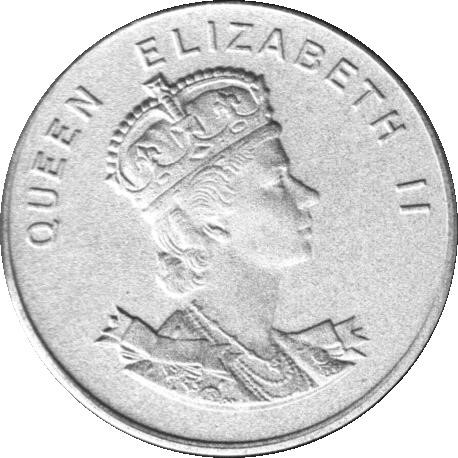 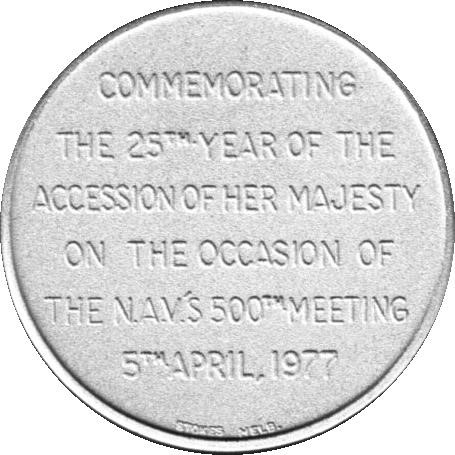 The obverse was our own die made for the Coronation medallion and struck for us by Stokes & Sons 25 years earlier (Nº 3). The reverse inscription was composed by Ray Jewell and Mrs. Betty Turvey. One of these medals was sent to Her Majesty Queen Elizabeth II. It was originally hoped that we could use a die from the “Kangaroo Office”.  At the last moment Stokes objected to the use of this rare die because of some publicity in the daily papers about the then current value of the Kangaroo Office Tokens.