It was a packed weekend for collectors in Melbourne, starting with the Royal Australian Mint’s Trans-Australian Tour making an appropriately thematic stop at Southern Cross Railway Station. Collectors and commuters were able to swap their cash for three circulating 2017 coins: 100 Years of Anzac: The Spirit Lives $1,  $2 Coloured Circulating Coin – Lest We Forget, and the 2017 50c Circulating Coin – Pride and Passion. They were also able to purchase the “Australia” counterstamp of the 2017 $1 Uncirculated Coin commemorating the centenary of the Trans-Australian Railway.

The timing couldn’t have been better as it meant that the mint were also able to pop up at the ANDA Melbourne Money Expo on the Saturday and offer the same coin swap. It was great to see the mint supporting the show again. There were a number of dealers in attendance, including a new ANDA Member, ANNA Numismatics. The foot traffic on Saturday morning was brisk with the usually queues forming for the show specials at both the ANDA and Australia Post booths. Sunday was quieter as usual, and the fact that it coincided with Father’s Day didn’t help. However dealers I spoke to said it was well worth their attendance, which bodes well for future shows. 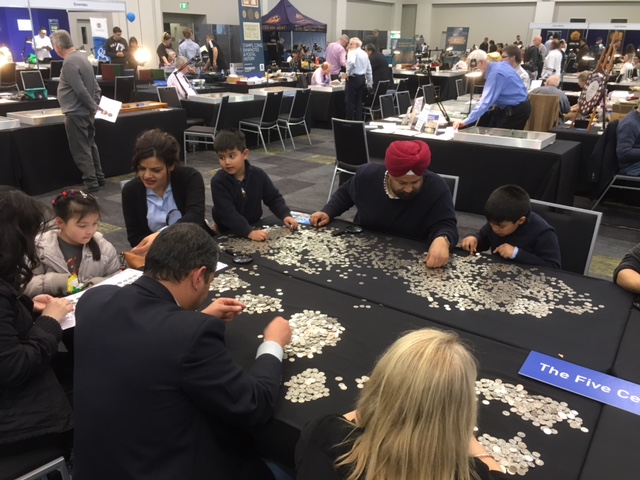 Members of Melbourne, Geelong and Morwell Numismatic Societies and the NAV very generously gave of their time over the weekend to support the show in a variety of ways. From staffing the ANDA Silent Auction to assisting collectors at the Information Desk there was plenty to keep them occupied. And back again this year, as popular as ever, was the Five Cent Forage. Two 1972 Five Cent coins were found over the weekend and for those not successful in completing their sets on the day, hopefully they’ll get to complete them at home. 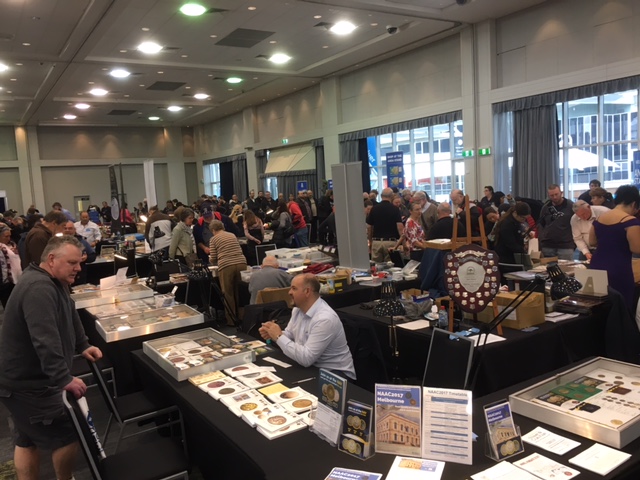 Members of Melbourne, Geelong and the NAV also put on exhibits, which offered visitors to the show a glimpse in to areas of the hobby that they may not have encountered. There were prizes for these exhibits, with presentations for the best exhibits as voted by the public (the Tom May Award) and the judges (the Terry Pepperell Shield). The show also saw the presentation of a new award instituted by the NAV. 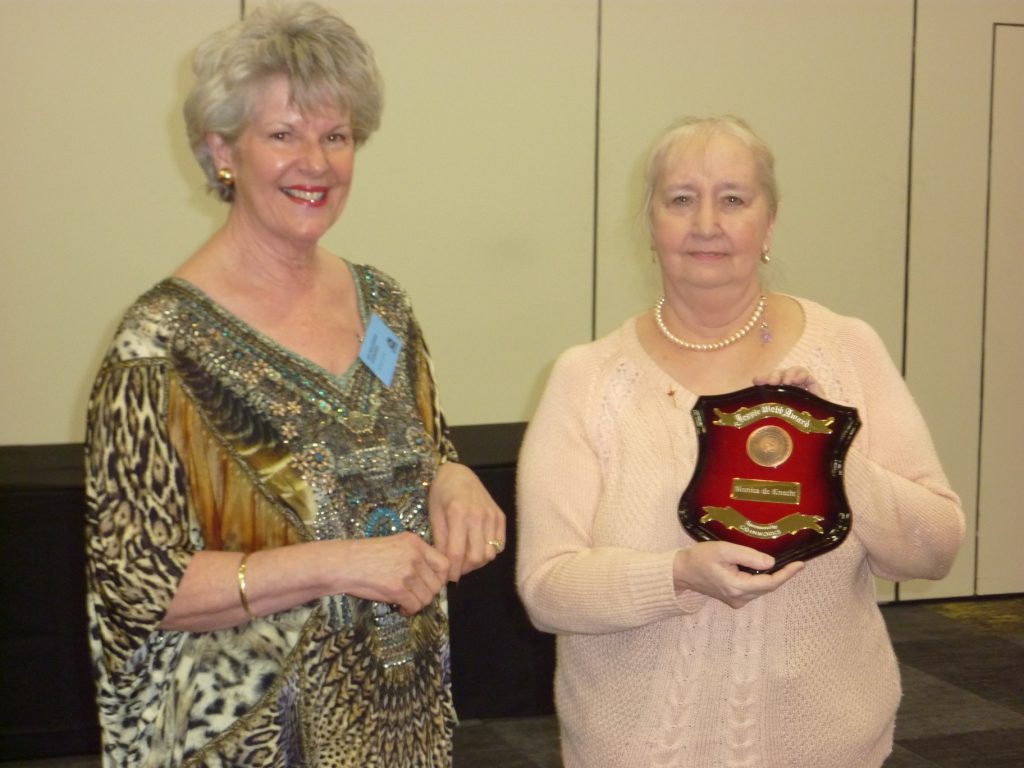 Presentation of the 2017 Jessie Webb Award

The Jessie Webb Award is presented to the author of the best article in our quarterly publication the Victorian Numismatic Journal (VNJ) by a female member of an Australian numismatic organisation. The inaugural award will be presented to long standing NAV member Gillian Davis, in recognition of her numerous contributions to the NAV’s journal, The Australian Numismatist, over the years. At the Expo this year’s award, which is sponsored by Melbourne based dealer Coinworks, was presented by Belinda Downie to M. de Knecht of the Melbourne Numismatic Society for her article entitled Shipwreck, Mutiny and Massacre on the VOC Ship Batavia.